C&M Motors would like to wish Jamie all the best for his 2022 season!
Jamie is a true young star from our local town. Following on from a successful season in the British Talent Cup last year, race winner and top-ranking privateer, Jamie was keen to get back at it this season!
Jamie, just 17 years old, has now moved up in to the USBK Supersport 600 class. In the USBK, based on his previous record, Jamie was placed into the 'Pro' Riders Class, competing against a grid of seasoned riders. 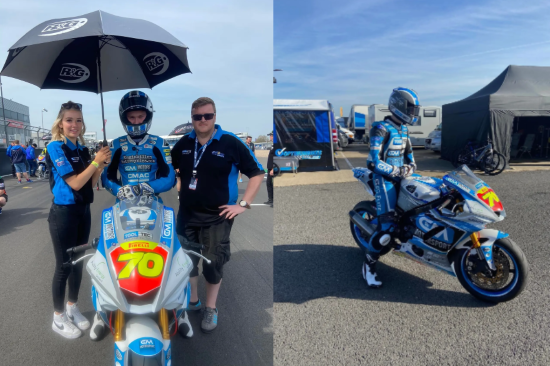 C&M Motors wish Jack and all the underage Ballinamallard United Team all the best in their upcoming trip to Blackpool with a donation!

Big thanks to Jack and the team for choosing C&M Motors as a sponsor. 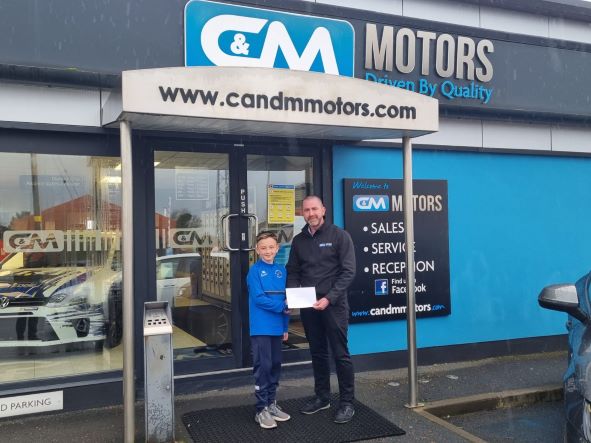 We wish the team all the best this season and we are proud to support local sport!

C & M Motors Limited is an appointed representative of ITC Compliance Limited which is authorised and regulated by the Financial Conduct Authority (their registration number is 313486). Permitted activities include advising on and arranging general insurance contracts and acting as a credit broker not a lender.

We can introduce you to a limited number of finance providers. We do not charge fees for our Consumer Credit services. We may receive a payment(s) or other benefits from finance providers should you decide to enter into an agreement with them, typically either a fixed fee or a fixed percentage of the amount you borrow. The payment we receive may vary between finance providers and product types. The payment received does not impact the finance rate offered.

All finance applications are subject to status, terms and conditions apply, UK residents only, 18s or over, Guarantees may be required.